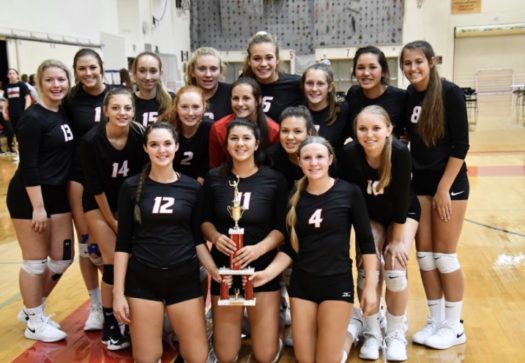 In order to make it to state, they need to get past regionals and sectionals. The team currently has a 6-1 record in the conference with their only loss being to the Xavier Hawks. Everyone on the team has personal goals, but the team’s goal itself was to secure the title of conference champs and make it to state.

“We are going to have to play some tough teams in regionals and so on before we even get to state,” head coach Breanna Young said. “I do not think it is anything we are incapable of doing.”

She thinks that the team can get to state if they keep focusing on working as hard as they currently are.

“I think that one of our biggest issues to work on this season has been the mental toughness aspect,” Young stated. “With continuing to have that kind of mentality, positive things can come from it.”

Sophomore Avery Dreier has the main position of the middle blocker. Her job is to block the hits from the other side and swing. She is taking the season one game at a time.

“Right now I am just going into each match with a clear head,” Dreier said. “I put all my effort into each game, one at a time.”

The biggest challenge that each player and coach will have to overcome is the mental aspect of the game. Just like Coach Young stated, Dreier also mentioned the mental part of the game.

“We have to keep working as a team and focus on our communication,” Dreier said. ‘ ‘When we focus on this, every day it gets better.” 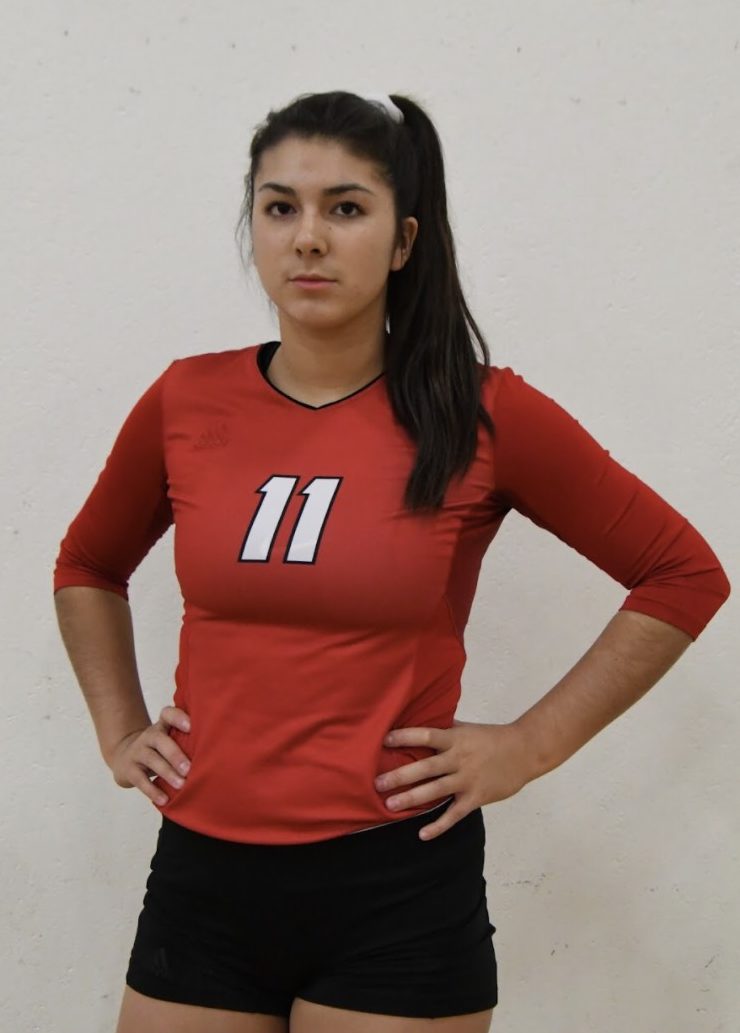 Senior Tori DePerry is the right side hitter. In this position, she has to be able to block and hit well. She planned on going into the regional and sectional games with the right mindset.

“As a team, we have to have a winning mentality. Everyone has to be on the same page,” she said. “We all have to want it basically. We can’t have half the team wanting it, and the other half not caring.”

DePerry has been a part of the varsity team for three years. Her team goal for her last season was to be the conference champions. On a more personal level, she wanted to have the title as an honorable mention. Honorable mention would be given to someone who had exceptional merit but did not make it to top honors. 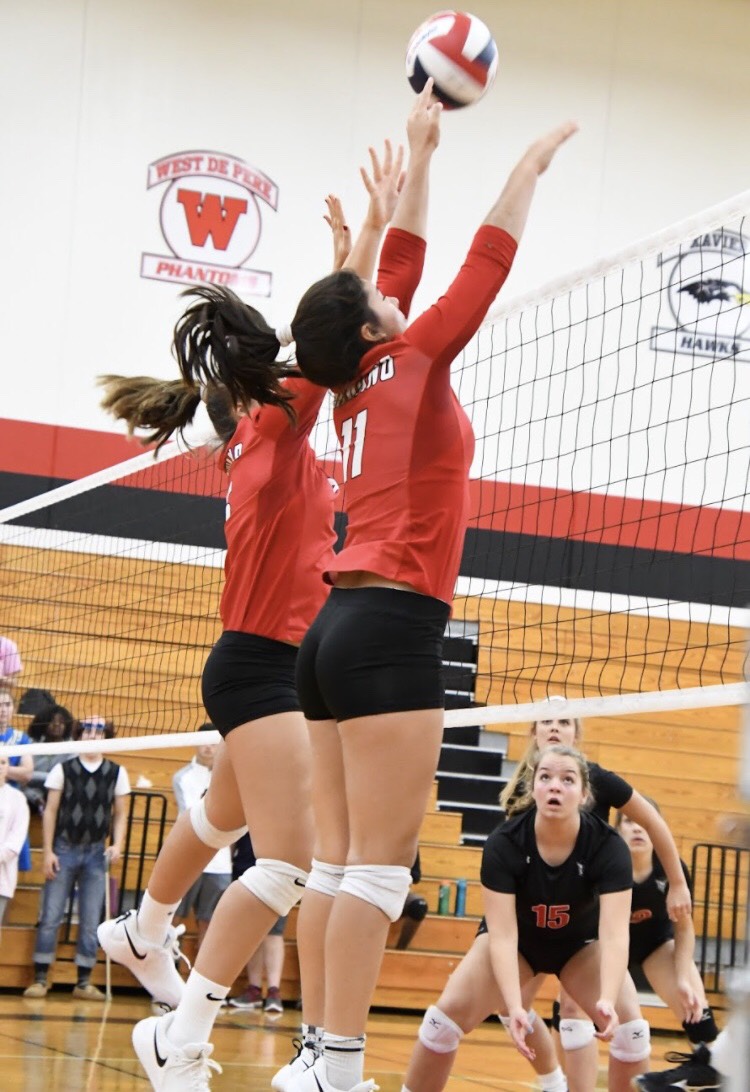 Avery Dreier and Tori DePerry at the net. – Credit to Troy Klement

The team lost three seniors this year, so that opened up some spots for younger girls to step up and play varsity.

“My advice for incoming volleyball players would be to always give 100%, always try hard in practice and do not talk back,” DePerry said. “Also make sure to play hard and have a lot of fun because it goes by really fast.”

The season is quickly coming to an end. Overall, the team had a great season.

“The highlight of the season was seeing how we as a team have grown, and how well we’ve played together,” Coach Young said, “and obviously having 28-7 record is awesome as well.”

SCHS wishes the team the best of luck with their upcoming games.