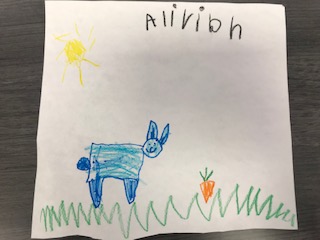 Aliviah, who is in Pre-K, drew a picture of a bunny because it relates to spring. She likes bunnies because they are furry, and they eat carrots. 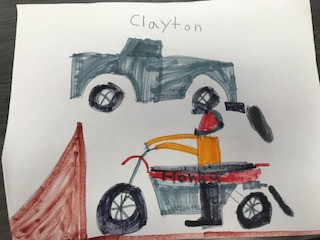 First grader Clayton drew a dirt bike and a truck for his drawing. The reason why he drew this was because when he was little his family grew up with having trucks and dirt bikes. He likes them because they do jumps and do tricks in the air. 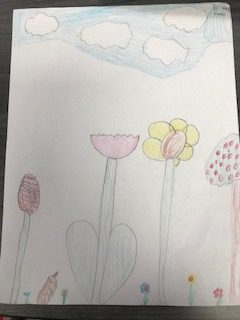 Second grader Stormie drew a picture of a garden because she thinks gardens look nice and animals live in them. Another reason is because it is spring and because it is a part of nature.