Holler for dollars and scholars 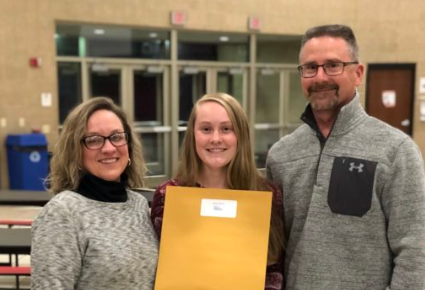 On Monday April 29, Shawano Community High School held their annual scholarship awards event in the auditorium to honor those students who earned and received scholarships to help pay for college. In order to do so, students’ names were called as they received money from the Shawano chapter of Dollars for Scholars, as well as community based scholarships.

Mrs. Stacey Warnke, a guidance counselor at SCHS, has been heading this event for the 2018-2019 school year. Mrs. Warnke has also been around to encourage students to fill out applications or figure out what their plans were for after graduation. With less than thirty days left until that happens, many students are already set with their plans.

“Looking at colleges happens a lot earlier than scholarships with some students starting as early as sophomore year. The scholarship part doesn’t happen until senior year, and there are not many scholarships they can earn prior to senior year,” Mrs. Warnke explained.

She has known many students who take opportunities to tour campuses and explore university websites on their own, but there are also some who would not get the opportunity if they did not have a class like College Success or an organization like Title VI or Upward Bound.

“Usually the question [about scholarships] that students come in with the most is about their essay,” Mrs. Warnke said. “The biggest thing that schools are looking for is for the applicants to be genuine. They want to know, from the student perspective, what you will bring to the campus.”

Senior Shirley Thome earned several scholarships, including Dollars for Scholars and one through her tribe, the Stockbridge-Munsee band of Mohicans.

“I am going to the Academy of Beauty Professionals in Green Bay, and both scholarships will be going toward my total tuition,” Thome shared. 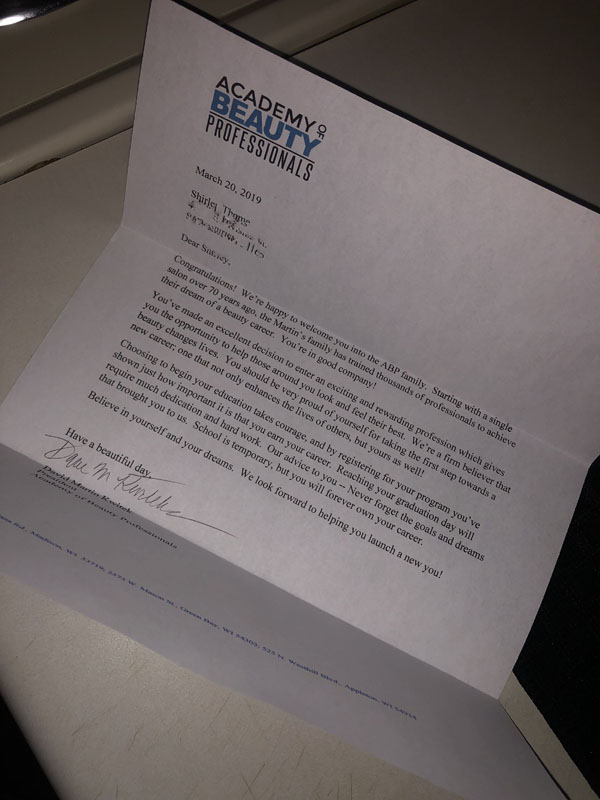 She has been eager to get a start on a cosmetology career after graduation, but she knows that education is important, no matter how excited to leave high school she may be. To stay on track with her goal of pursuing college, she finds ways to motivate herself.

“I personally like to reward myself for doing well. When I am doing well in school I like to treat myself, but if I don’t do as well as I would like to, I push myself harder. I want to set goals, so I can achieve my dream of being a makeup artist,” Thome said.

Having these scholarships also helps alleviate some of the stress that she could be feeling over her financial situation, considering college tuition is expensive.

“Getting this money helps get rid of a good percent of my stress because I just have to worry about my performance in school, rather than how I am going to pay for it. If I was always worried about that, I wouldn’t be able to keep up the good work,” Thome explained.

Senior Katelyn Hoffman, who will be attending Marion College in fall with the goal of becoming an ultrasound technician, has also received scholarship money. Her hope is that it will help take some of the weight off of her parents, considering she has several siblings in college too.

“It’s harder for me to get financial aid because of the income of my family, but I was surprised by the amount I actually got. I went on the announcements a lot, I would ask guidance to see if there were any available and my mom helped me out too. I signed up for a lot, so I am glad I got them,” Hoffman said.

Both of the girls and Mrs. Warnke agreed that signing up for financial aid and taking the opportunities that are presented at school and around the community are extremely important for the future of those who want to go to college.

“My biggest job is not to just look at schools, but to help students figure out what they want to do as a career and what is the best pathway for them to take in order to get there,” Mrs. Warnke said.