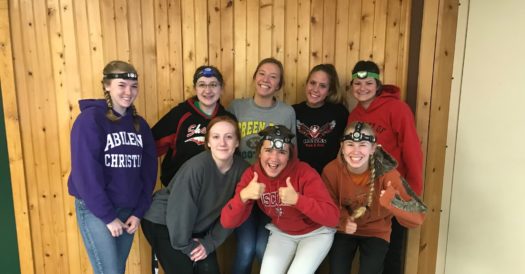 On Wednesday, April 24, students taking Mr. Kammerer’s Challenge class were given the opportunity to go spelunking at Ledgeview Nature Center in Chilton.  The students that went on the trip had a chance to explore underground caves and get down and dirty.

I was one of the students fortunate enough to have the opportunity to go.  I had been spelunking once before when I was in third grade, but that was nothing compared to what we had to do this time around.

When we first entered the cave it was pretty overwhelming.  Luckily, I am a pretty adventurous person, so I wasn’t that intimidated.  Other people, however, do not have those same feelings.

“I wanted to go spelunking because I thought it would be a cool opportunity,” junior Remi Bricco explained.  “Normally I am afraid of things like that, but I figured it would be fun and worth a shot.”

When we first entered the cave with our guide, she explained to us the different types of rocks that made up the cave and different creatures that lived there. This was one of the pieces of information that junior Ben Carroll took away from the experience.

Our first tunnels were not that difficult to get through, however, the room that we ended up in was a little small for all of us to fit in.  With over 30 students on the trip, we were always close together when we stopped at different checkpoints.

I think that my favorite part of the trip was getting through one of the passages that was known as the “challenge course.”  When I first got to the division between the challenge and normal passage, I thought there was no way I could make it through. 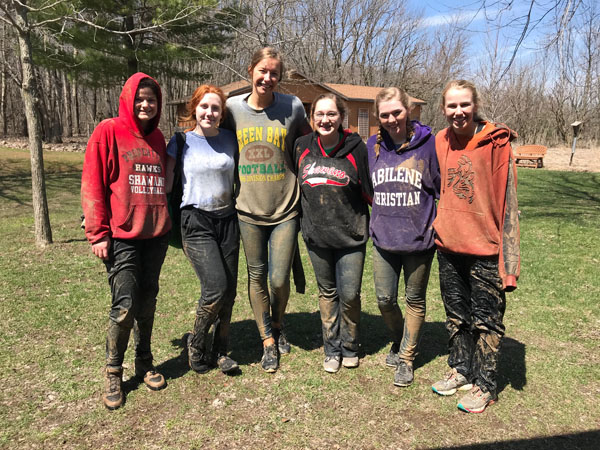 My friends and I after the caves.

Everyone in front of us decided not to go because it was too small and they were afraid they wouldn’t fit.  My friend and I stayed in the entrance between the passages for about five minutes debating whether or not we should take it.  Finally, a brave soul decided to take the challenge route and was willing to go first. Only about eight of us went through the challenge course, and there was only one point where I thought that I would not make it out.

“I like Challenge class a lot,” junior Emily Thornock stated.  “We’re able to do stuff we don’t normally have a chance to do outside of school.  It’s also fun being around the people in that class, too.”

Challenge has helped several people overcome their fears and push people to try their best in every situation.

“It was really nice to see how I could push myself to get through the caves and the tight spaces,” Bricco said.

Overall, Challenge class is an excellent opportunity to push yourself to overcome different challenges in a safe setting.