Riding into the car show 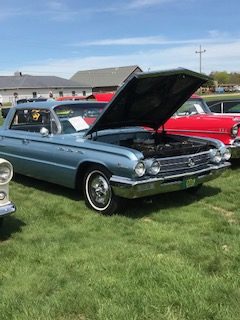 Skills USA held their annual car show on May 17 at the Shawano Community High School. All were welcome to attend the event to look at all of the stunning cars being showcased. The car show was located on the lawn that is behind the school.

The car show has been around longer than the eleven years that Mr. Jeremy Hodkiewicz has taught at SCHS. The main reason why the show is around is to have a fundraiser for the Skills USA club.

Mr. Hodkiewicz explained, “One of the reason why we run it during the school day is to hopefully get a few other students to get outside and see cars. Maybe, get interested in cars, interested in an Auto class or the club itself.”

The students who are involved with the club and who are in Auto classes help set up the car show, and they also help with the selling of food during the show.

Mr. Hodkiewicz said, “The students help set it up and get some of the word out to the other students. They all run the show, and they all do the cooking. We sell hamburgers and hotdogs during the show also.”

Anyone is able to bring a car to the car show as long as they registered their car. In past years, cars have shown up from various places around the city of Shawano.

“Anywhere between fifty and hundred are brought in, but it all depends on the weather at the time. The cars come in from all over,” Mr. Hodkiewicz explained. “Although, most of the cars we get are from a couple of the local car clubs in town. There are a few different cars that came from places farther away.”

The car show displayed various types of cars for anyone to admire. It was an amazing show for all who attended! 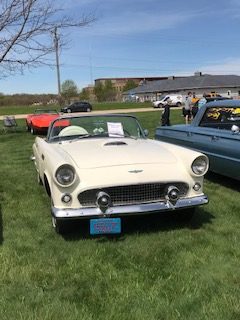