Signing out of SCHS 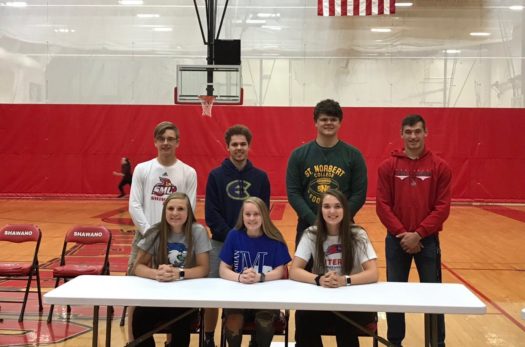 On Tuesday, May 15, six students signed to their intended colleges in front of the school.  The signing took place in the gym after school where the students gathered with their families for this special event.

Two of the students signing were seniors Julia Klement and Karson Rades.  Rades plans on attending St. Mary’s University, and Klement will be going to Viterbo University.

When asked why Klement choose that college she said, “Because they were offering money to play volleyball there. It’s a good school, and it’s close to home.” 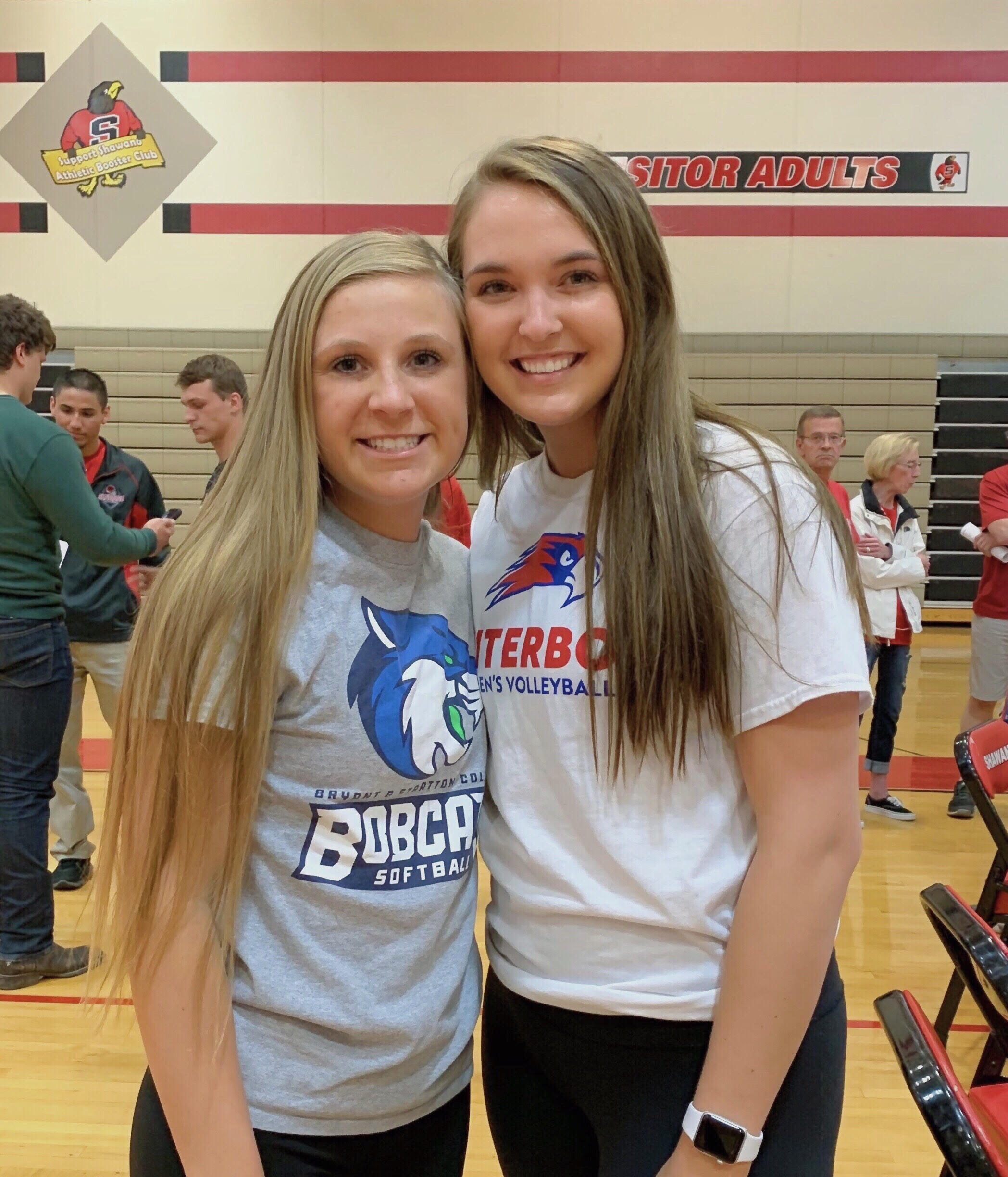 There are different reasons that people decide to choose a college.  Some of them are the classes they offer and their locations.

Rades responded to the same question by explaining, “They had my major, and one of the best [programs] for it.”

Signing day has been going on for several years and allows students to share their accomplishments with others from around the school.

“It recognizes the students going on to play sports in college, because it is a big accomplishment,” Klement said.

Although the main purpose of college is to prepare for future careers, there are several other activities that people can get involved in.

“It shows what you’re doing in college, not that you’re just going to study,” Rades said.  “It shows [people from the community] that you’re going to be involved.”

Rades with his signed papers.

Even though these students have worked hard to get where they are now, they did not do it alone.  There have been others along the way that have pushed them.

Klement gave some of the credit to her parents, “They pushed me to play volleyball.  I didn’t know if I wanted to do college volleyball at first. They took me everywhere for club volleyball.”

If they continue to push themselves and put their best foot forward, they will continue to thrive in college.  We wish all of the college athletes good luck!