The final hurrah for Last Dance 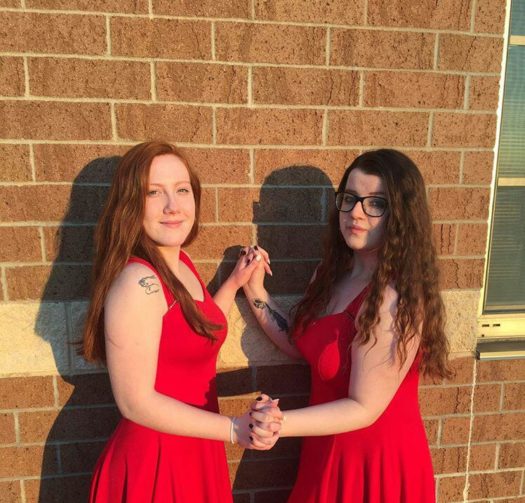 On May 10 and 11, Shawano Community High School held their annual Last Dance. Last Dance showcased students who are involved in Jazz and Showstoppers by performing different songs for the audience.

Last Dance was held in the auditorium of SCHS, and all of the students performed on the stage for the audience to watch. There was a variety of pieces that were performed that night from both groups.

Senior Devyn Jessogne, who helped choreograph for Last Dance, elaborated, “We will be singing ‘Superstition’ by Stevie Wonder, ‘I’ll Stand By You’ by Pretenders, ‘You Will Be Found’ from the broadway musical, Dear Evan Hansen and ‘Believer’ by Imagine Dragons.”

The students that are a part of Showstoppers have been preparing for this since the beginning of second semester with the help of choir teacher Jennifer Green.

“For Showstoppers and On Stage, I let the students have a lot of input in the songs that we do. We start rehearsing our music at the beginning of second semester and then added the choreography after spring break,” Mrs. Green explained. “We also did a tech rehearsal with Mr. Falk the night before our first show, so we could run through things with microphones and practice on the stage.”

Senior Tayten Koebel said, “My favorite memory is my freshman year one in 2016. The reason why is because I liked doing ‘All of Me’ by John Legend. My favorite part about being in Showstoppers is singing songs, entertaining people and getting everybody’s attention so they can enjoy each other and their night.”

Some of the students have their favorites things about Last Dance itself.

Jessogne explained, “This is my last Last Dance, so my favorite part is probably being able to perform for my final time. It’s like a last hurrah.”

Last Dance was welcome to anyone to view, and the students put on an amazing show for the audience.

Mrs. Green explained, “This event has something to offer anyone who enjoys music. Last Dance, in particular, also gives our seniors an opportunity to perform their swan song before they move on from SCHS. It ends up being an emotional night for students, parents and teachers, too.”