Theater students have one last get together at banquet 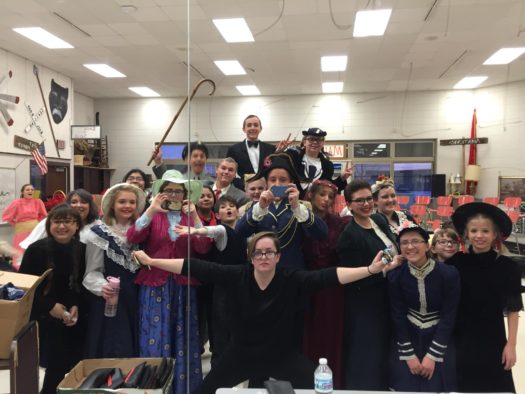 The theater banquet was held at the Shawano Community High School on Friday, May 17 in the auditorium. Students involved with the theater productions got a chance to look back at the productions one last time, and many students were nominated for awards.

Junior Alana Krolow said, “I was nominated twice for ‘Best Supporting Actress’, and that was for Chef Louis from The Little Mermaid (which I put my heart and soul into), and then Mrs. McKee from The Great Gatsby.”

Some students were even nominated for multiple awards, or for the same award multiple times.

Sophomore Jillian Black stated, “Two people are nominated per award in a show, then the tie is broken and one is chosen to receive the award.”

In total, there were six students nominated for each award. Experienced students, as well as new students were nominated for awards. Many are involved with most or all of the high school’s theater productions every year, but some students were fairly new to theater this year.

This year was senior Madeline Hanson’s first year being involved with theater. When asked about her favorite part of the theater productions, Hanson said, “I really enjoyed seeing everyone act and the connections I have made.”

There are many students who are totally dedicated to their high school theater career. Many students make it their goal to be in every show throughout their whole high school career, like Krolow. 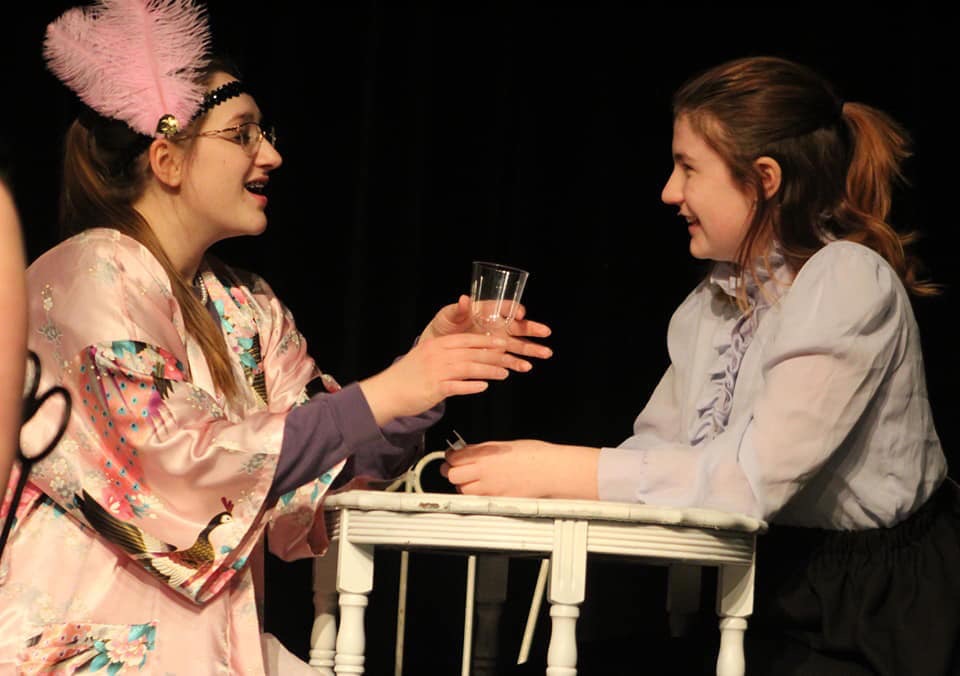 The theater productions put on this year were The Curious Incident of the Dog in The Night-Time, The Little Mermaid and The Great Gatsby. Some students favor one show over the others.

“Although it’s hard to pick since I like all of them, I have to say The Great Gatsby is my favorite, because it opened my eyes to how much I really missed acting,” Black stated.

Students are always encouraged to audition for theater productions, or get involved in some way. The theater banquet awards the students who went above and beyond, and it is a way for theater students to get together one last time this year.

“My first involvement in acting was in Destination Imagination.  Later on, coming into high school, I chose to be in the one-semester class Theater Technology,” Black explained. “ I was involved in the orchestra pit my freshman year, too, and I was reminded of how much I liked acting in the first place.”

There are six awards that students have the chance to win. Students know ahead of time if they are nominated for an award or not.

For Best Lead Actor, Best New Talent and Best Supporting Actor, there was a female and male category. There were two winners for those three awards, and every other award had one winner. Students have always had positive feedback about their experience with theater productions, and part of it could be because of the great bonding experiences.

Krolow said, “We kind of try to do like bonding things to be able to work together well. If that doesn’t work we do the theater games or warm-ups that really bring a lot of us together.”

For many students, their high school theater careers are coming to an end. Many other students, however, are looking forward to future productions.