Everything you need to know about summer sports at SCHS 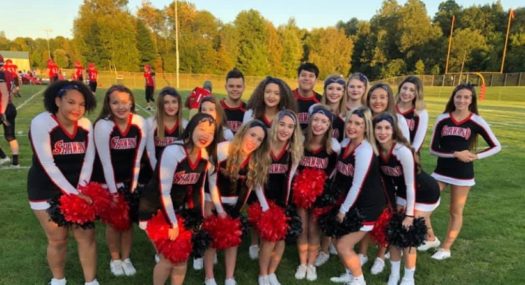 After a brief off-season, SCHS athletes have started practices for their fall season. Many sports started mid-summer, and athletes have been pushing themselves to prepare for a successful season.

Junior Taylor Johnson plays girls’ golf for SCHS and commented on the team’s summer by stating, “We had pre-season practices to prepare for the season. I know that many of the girls also golfed with their parents.”

The girls’ golf team has been third in conference as a team, and they are looking forward to improving in the coming weeks. Girls’ volleyball also held pre-season practices to help prepare for their season.

“We have been working really hard. We started early in the summer with open gyms, and we really focused on bonding as a team early on so that we could work well together on the court,” stated senior Baylie Hansen.

The volleyball team had a rough start, but they are working to improve on communication and teamwork for the rest of the season. Hansen hopes that the team can end the season with a conference win. The cross country team is also hoping for a conference win this season, and members of the team have spent their summer putting in the work to accomplish their goal.

Junior Carter Schmidt, a runner on the boys’ cross country team stated, “Many of the guys and girls on the team run at summer run club. Summer run club is organized by supporters of Shawano cross country, and we encourage all other athletes to come and run over the summer to prepare for their seasons.”

While the majority of the summer/fall sports at SCHS prepare to compete, one sport has been preparing for a different kind of season. Instead of conditioning and practicing to play for conference and state honors, the cheerleading team prepared to cheer on various sports teams.

“We had a pretty good competition season last year, but we didn’t end our season how we wanted to,” explained senior Bryce Baller. “We took the things that we need to improve on into this season, and are currently preparing for our competition season while also focusing on cheering at the games.”

The Hawks Post wishes every athlete a healthy and successful season, and the paper will be updating on each sport as their seasons progress.