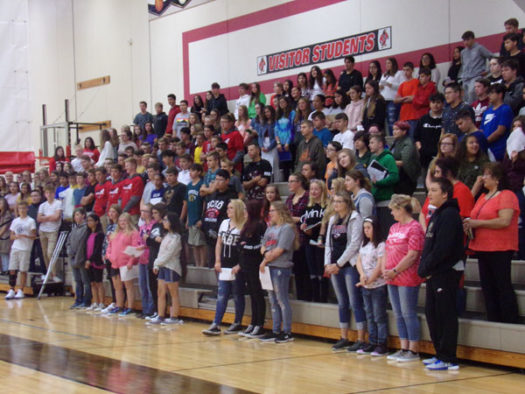 At the beginning of the 2019-2020 school year, Shawano Community High School decided to try something different to help the freshmen better acclimate to life at a new school.  On Tuesday, September 3, only freshmen were invited to the high school for a tour of the school, which gave them a chance to run through their daily schedules and learn new things about high school.

Since this was the first year doing this, a lot of planning and preparation were put into the day to ensure that it ran smoothly.  One of the many SCHS staff that organized this day was one of the school counselors, Ms. Stacey Warnke.

“One of the biggest things that we thought was [hard] for freshmen is the transition from middle school to high school, which is kind of the whole reason we do Bridge to Success,” Ms. Warnke explained.  “The freshman day allows them to be in the building without the pressure of having to do everything right under the scrutiny of upperclassmen. So if they make a mistake it’s their own class that sees it, and they’re not as afraid to ask questions.”

Although most of the students have seen the high school, whether it was during sports, theater events or during eighth grade transition day, some students might not be as familiar.  This is the case for freshman Lydia Green.

“I think it was really helpful.  Not just to me because I had already been here a lot for musicals, but for some people from private schools because some of the classes are smaller,” Green said.  “The tour was really helpful to look at room numbers and picture it more on paper.”

Students also get a chance to experience other areas of the school that they are not as familiar with.  This is different because they might be able to keep in mind those classes for the future.

“We knew where our rooms were, but in the future if we wanted to do other classes, it was really helpful,”  fellow freshman Grace Stuewer added. 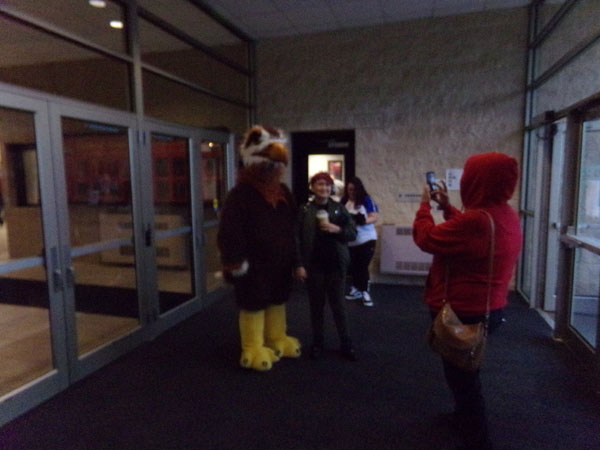 Although the majority of the day went smoothly, there were some things that the students thought should be added or taken out of the schedule.

“Make the classes longer, and spend less time in enhancement,” is what freshman Riley Dreier said she would change about the day.

Overall, the day ran very smoothly and offered a lot of help to the freshmen as their first experience of high school.  The freshman only day will still be going on in the future because of its overall success rate.

“We [people in charge of the freshman only day] met again and went through what was good and maybe what we could improve, and we decided that all of the comments we got, even with the suggestions, were all positive,”  Ms. Warnke said. “We will continue to do it. There may be some tweaks, but student engagement is a huge piece. If we can get students engaged, then attendance would increase. And if their attendance increases, then their success rate increases.”

Good luck to all students on their first days of high school!