A smashing time in auto shop 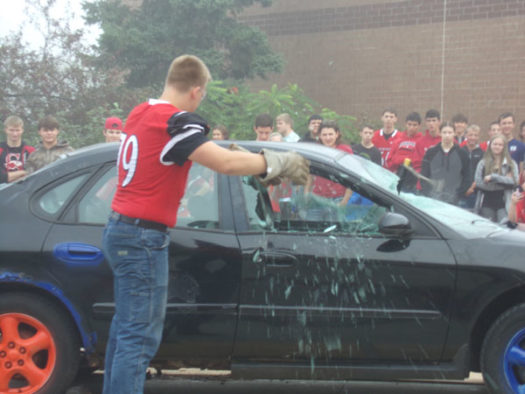 As homecoming wrapped up, there was a lot of fun. There was also a car smash that was a great way to relieve stress. Once the day passed, many people enjoyed their day at school with the activities and dances.

Car smashing has been run for over thirty years in the Auto Department and has been treasured ever since.

Auto teacher Mr. Jeremy Hodkiewicz was in charge of this event, and he was the one who made it possible for the car smash to come to life.

When he was asked why he put on the car smash, he responded by saying,“It has been done every year for homecoming, but it has taken a break from time to time to bring the excitement back.”

As the day went by, the car did not last long. Many people took their swings at it relieving whatever stress they had.

“I have always liked working for the Automotive Department, and I just like working with the cars here,” stated Meisner. “Working with cars makes me happy.”

Sophomore Riley Siegfried was happy to be a part of the car smash and was happy with everyone that showed up to participate. “I just think it’s amazing what these kids do, to bring a dead car back to life is just amazing.”

With homecoming over, a car destroyed, and fun had by all, most people were satisfied on this homecoming day, with activities to keep them busy into the night. 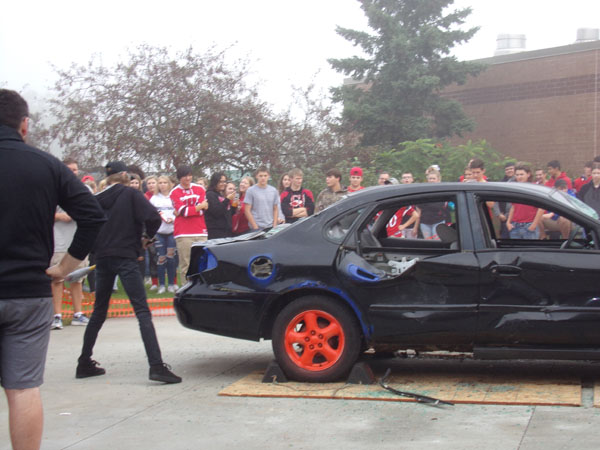