Athlete of the Month: Taylor Johnson 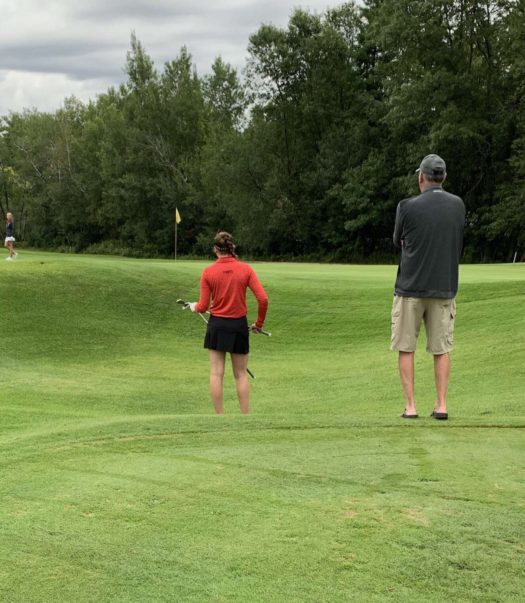 ▲
Johnson and Coach Kugler on the course.
Photograph courtesy of Mrs. Johnson.

▲
Johnson and Coach Kugler on the course.
Photograph courtesy of Mrs. Johnson.

The girls’ golf season is dwindling with regionals and possibly sectionals left. Junior Taylor Johnson is going the extra mile to make sectionals as she has done in years past. As the year is wrapping up, Johnson achieved first-team all-conference and was awarded at the Wander Springs Conference Tournament on Tuesday, September 24.

“It took a lot of hard work and time at practice and outside of practice. I had to make sure that I kept that goal in mind as the season went on because every conference match helped me get to the final outcome so I had to be focused. I think that I have a passion for the sport, and I’m willing to put the time in that I need to so that I can reach the goals I set for myself,” stated Johnson.

Last year Johnson earned second-team all-conference, academic all-state and has made it to sectionals freshman year as a team and sophomore year as an individual. All of these accomplishments and she started playing golf freshman year!

Johnson expressed her golf journey by stating, “My parents are my biggest supporters, and there’s no way I’d be where I am today without them. Other than that, my coaches have definitely motivated me to always be the best that I can so I couldn’t do it without them either. Off the course, we miss a lot of school so it’s tough to keep up with all of the material I’m missing. On the course, my biggest struggle is consistency with every shot so it helps to have such a strong support group.”

“I would say that maybe it isn’t as tough physically, but mentally it’s one of the most challenging sports to play. It’s a battle within yourself, not necessarily the other competitors because everyone has such a different game,” said Johnson.

On behalf of the Hawks Post I would like to wish the entire golf team good luck at regionals so they can move on to sectionals! 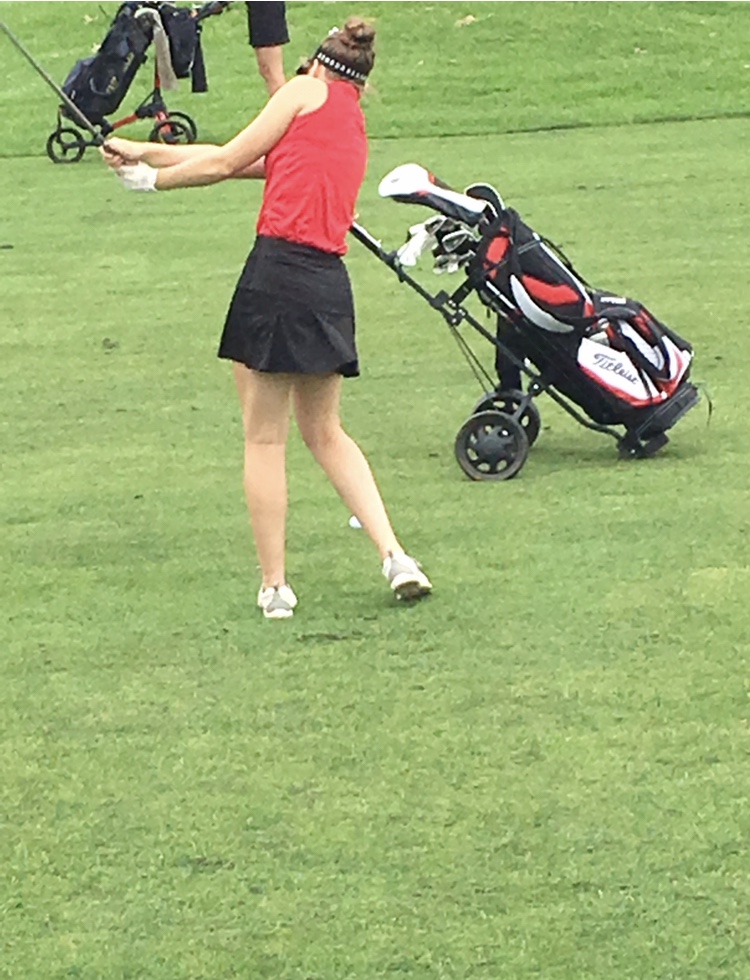 Johnson during a meet. Photograph courtesy of Mrs. Johnson