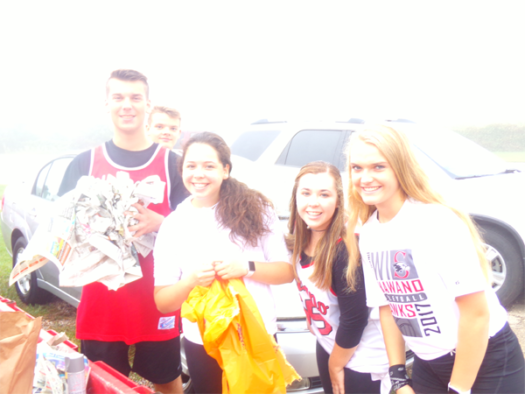 In the past, homecoming at SCHS was celebrated with a pep rally, followed by the game and dance that weekend. This year, SCHS decided to try a new event by having an entire day of homecoming festivities. This new approach has been in the works since last winter, and the SCHS student council was responsible for all of the planning.

On Friday, Sept. 20 students and staff took a break from their classes to spend the day playing games and showing their school spirit. The day kicked off with the first of two pep rallies during which the cheerleading team performed and the homecoming reps were introduced.

“The pep rally was split so more people could help with different things. Some people helped initially get it set up, and some helped with the reps,” stated junior Lydia Quandt, a member of the student council.
After the first assembly, students went to the first of their four block activities. Every game or event that took place during the day was split up into blocks. The first block included float building, car smash, court voting, saran wrap ball and various other activities.

“The idea for blocks came from how Pulaski and Clintonville run their homecoming. They do their all day homecoming so we just took inspiration from that. We had four blocks so we could have a wide variety of activities going on during the day and so that there was something for everyone to be involved in,” explained Quandt. 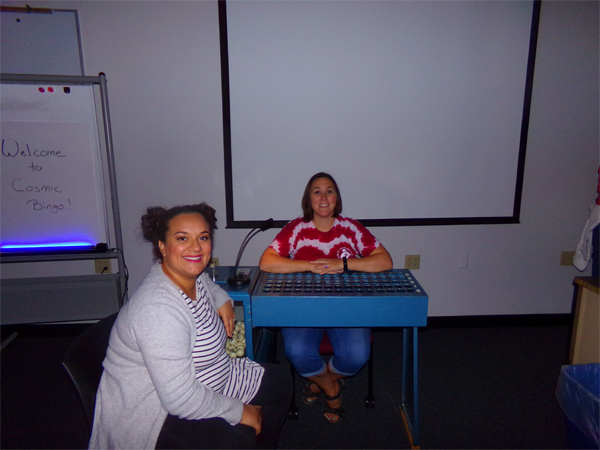 The second block was a continuation of a few of the same activities as the first block but also offered many new games for students to participate in. Some of the block two events included float building, car smash, battle ball, cosmic bingo and lip sync battle. 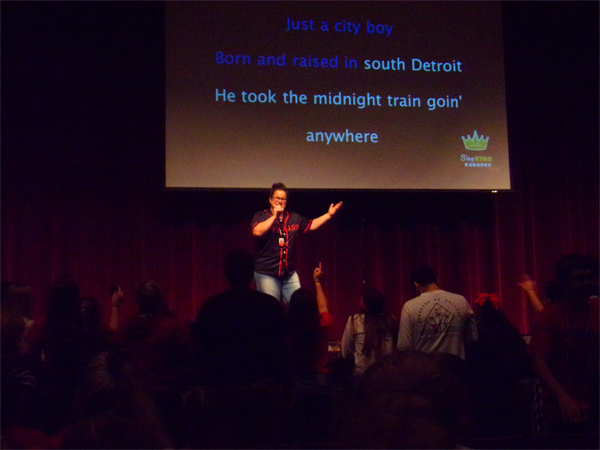 “I think that float building worked better this year because the time changes allowed more people to participate. Having it incorporated into the two blocks made it more accessible since it was during the day, and they were there already,” stated junior class president Grace Licausi.

“The junior class floats theme was Flinstones because it was a fun classic cartoon that we had a fun idea about. The theme was pretty easy for us to do because there are so many classic cartoons,” Licausi continued. “The hard part was finding an idea that no one else had. The only other issue that we had when looking for a theme was that it was a lot like last year’s theme which was movies.”

Although there was more time, the junior class ran into some problems when float building.

“Even though we had more time this year, we still ran into problems trying to get people to participate. Also, the first night we didn’t even have our float, so we all felt like we were a day behind,” explained Licausi. 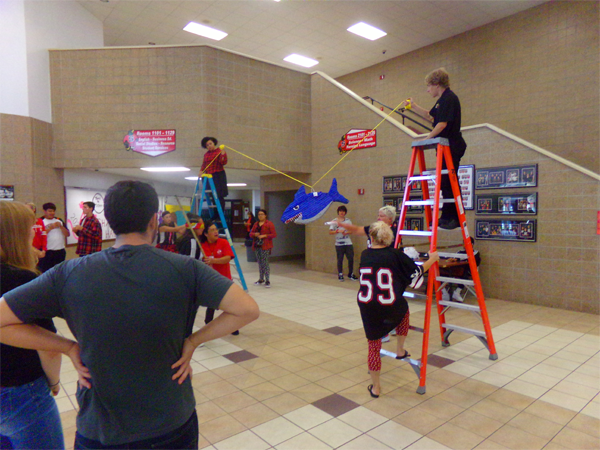 The day of celebration ended with the last pep assembly where the students found out that the senior class won the class competition by a landslide.

Homecoming 2019 was a huge success thanks to the student council, and SCHS can’t wait to see what they do in the future.