Athletes of the Month: New additions to the cheer team 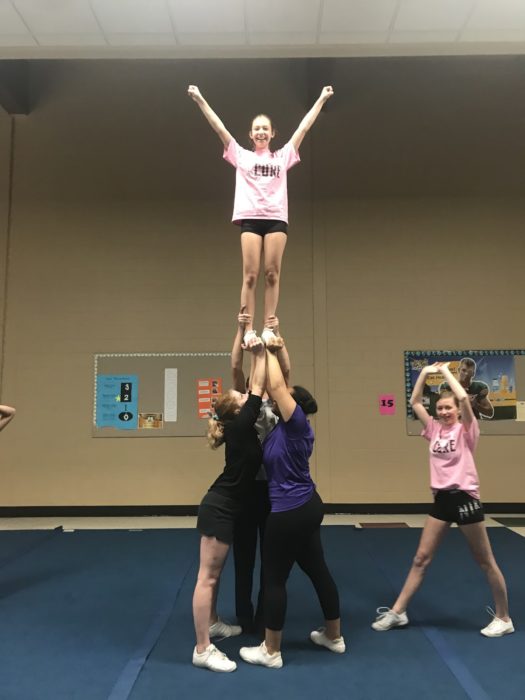 ▲
Benecke is the back base in this new and successful stunt group.

▲
Benecke is the back base in this new and successful stunt group.

“I wish I would have started doing cheer sooner! I have had a lot of fun at the last few practices, and I hope for more to come. To be honest, I thought it would be really easy, but you actually need to have a lot of muscle and strength to work hard especially as a male cheerleader,” stated Benecke.

Koth described his cheer experience by stating, “My favorite part of cheer so far is the team aspect and how much fun we have while still getting stuff done. Then I would say trusting yourself and your abilities to do some of the lifts is the hardest part because I have done lifts in dance before, but I have not done the types of lifts we do in cheer. Bryce [Baller] was asking me about joining cheer, and I’ve thought about doing it before because it doesn’t seem too much different than dance.”

The first game both teams will be performing at will be the boy’s basketball game at home on Friday, December 6 at 7:15 p.m. against Pulaski. 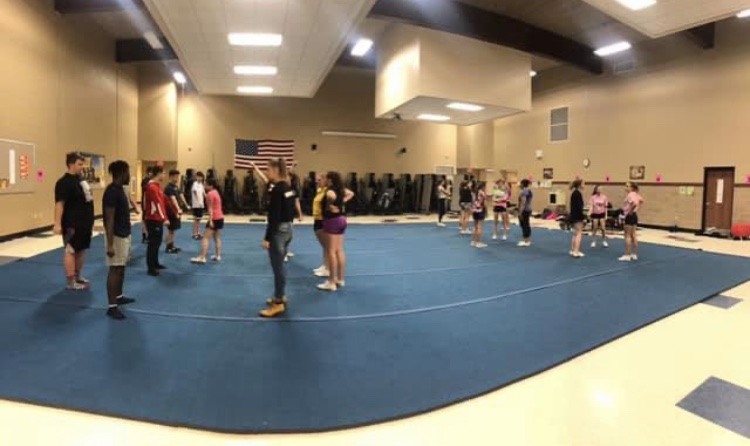 “Cheer is something new, and learning it makes me feel good like I’m vibing! I thought it was going to be easy, but in reality it’s not. We have to throw girls up and catch them, and it’s pretty cool. The most challenging part is when we work on coed stunts because it takes a lot of focus to pull it off. My goal by the end of the season is to win state,” explained Etori.

The traditional competition team has their first competition on Sunday, January 12 at Stevens Point.

“I love the new things I’m able to learn at every practice. It’s fun being able to have teammates by your side to cheer you on in the process. I really only did wrestling in the past to get in shape, and, yes, wrestling is a great sport but it wasn’t for me. Cheer is my type of style even if everyone sees cheer as not being a ‘sport,’ it’s not as easy as everyone thinks because you have to put work and effort into it just like every other sport,” Bolin expressed.