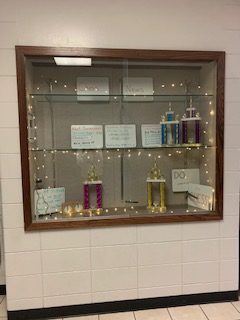 Shawano Community High School offers students the opportunity to compete by playing the game of chess. The advisor of the club and team is Mr. Dave Stuewer, and the meetings are held in the math pod of the school.

The team has been practicing for awhile, and they have been attending tournaments. There is a varsity and a junior varsity team for the Chess Team at SCHS.

“The varsity level sits at a long table, elbow to elbow, and they play against teams sat across from them. Junior varsity plays individual,” Mr. Stuewer explained. “They call them into a gym or a long hallway. There are sheets posted with names, board number, and what color they are playing.”

Mr. Stuewer commented, “Our team has different levels of ability, and the reserve division helps our abilities. If we played a varsity team, it would not be the best because those are the strongest teams.”

The students on the Chess Team love to play the game because it caught their interest from a young age.

“The members are my favorite part of chess club because we are all quirky in our own way. This year, I have won four out of six matches,” junior Ben Hoffman, who has been a part of Chess Team for three years, said. “At practice, it is hard to practice because there is a bunch of people you know and goof around with.”

The members of the Chess Team love the game that they are able to play. It gives them the opportunity to find new people with a common interest.

Senior Connor Kramer, who has been a part of the club for four years, commented, “It is hard to define [Chess Team]. It is a great place to meet new people, I say. It allows you to explore the interest you have in a friendly environment.”

Chess Team is a very fun club to be a part of, according to the members. Join the club and earn some new experiences!