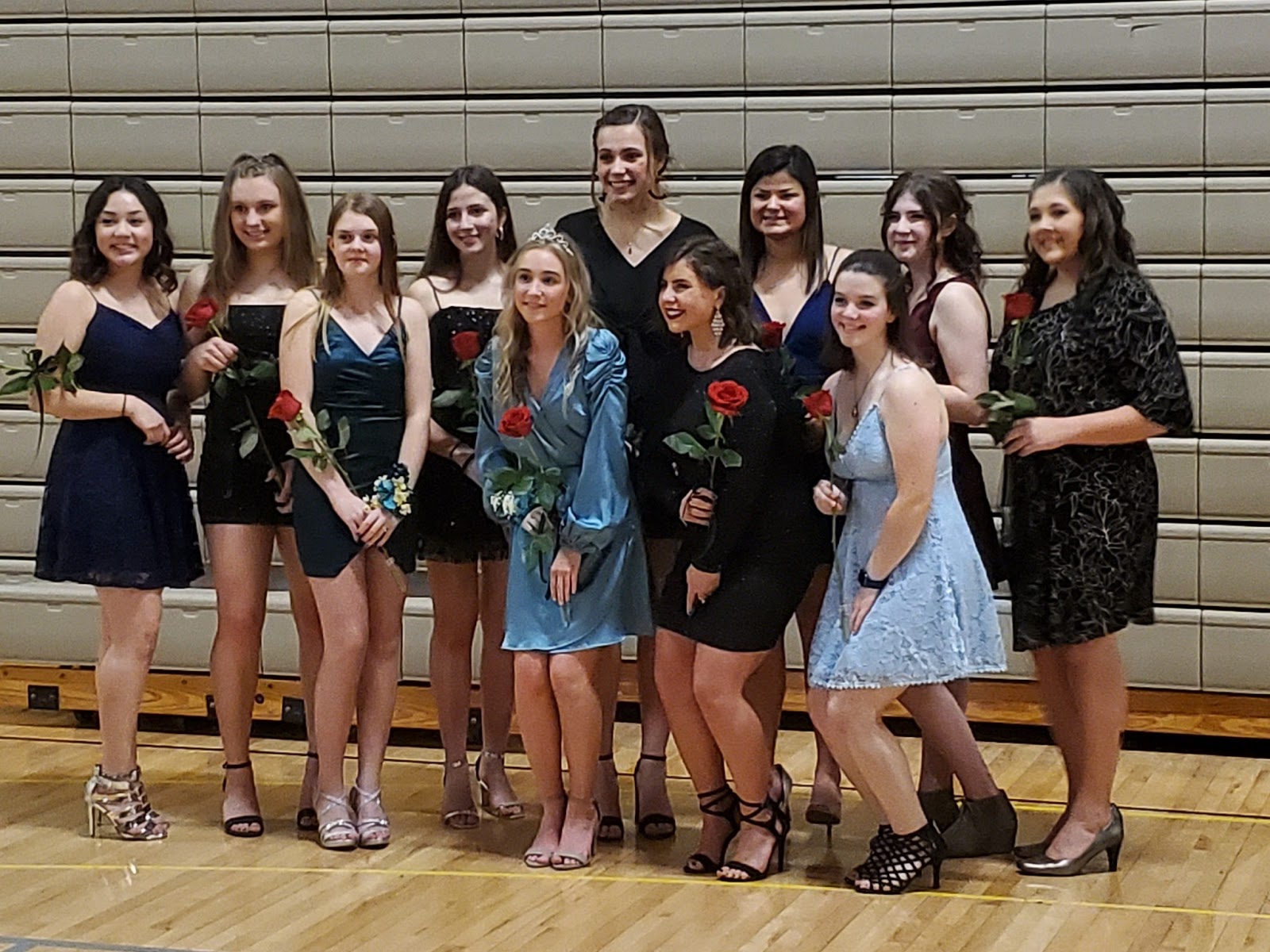 ▲
The girl Winter Wonderland reps at the dance.
Photograph courtesy of Mark Eggert.

▲
The girl Winter Wonderland reps at the dance.
Photograph courtesy of Mark Eggert.

On Friday, Jan. 24, the Winter Wonderland pep rally occurred in the Shawano Community High School gym, as it showcased all the clubs and their representatives along with the dance and cheer team. The following day, SCHS hosted the annual Winter Wonderland Dance. Student Council spent weeks planning for this event and the activities that occurred beforehand.

Junior Macy Monfils is a part of Student Council and helped with the pep rally.

“Lydia [Quant] and I made the dance-off playlist and came up with the games for the pep rally. I think that it is important for students to be involved with these activities because dances and pep rallies are a fun way to let loose and have fun,” stated Monfils. “Plus, I think it’s important for students to socialize with others, and that is a great opportunity to do so.”

The week before the dance there were dress-up days. Tuesday was Jersey Day, Wednesday was Career Day, Thursday was College Day and Friday was Color War Day. That Friday was the pep rally, which included many creative rep games like building a snowman, bean bag toss, dance competition, and pillow fights to reveal the king and queen. The pep rally also displayed two stellar performances from the cheer and dance team.

Junior Preston Mckinnies was a rep for Tri-M and described Winter Wonderland by stating, “It felt weird at first to be a rep because I had never done it before, nor have I been to Winter Wonderland. However, I did enjoy it a lot once I got to the pep rally and dance because I felt kinda significant. My favorite part of the night was just getting to dance and hang out with friends. I don’t usually do stuff like that, so it was super cool getting to chill for a night with everyone, and I would do it again.”

Bolin described his Winter Wonderland experience by stating, “It was pretty cool and exciting to win king… Knowing that people in school wanted you to win felt really sweet. I really wasn’t expecting the dance to be as much fun, but it was! The March was my favorite part because everyone was focused on the queen, and for me to be recognized with her was cool.”

For seniors, the Winter Wonderland dance was one of their last dances as graduation is approaching.

Bolin elaborated, “The whole night felt bittersweet knowing I only have one dance left because high school goes by fast. That is why it’s so important for students to come get involved because it brings the school together more where they can meet new people and have fun. Not only that, but participating in dress-up days is just as fun. To come up with creative things to wear is unique. So who cares what people think of you, just dress up the way you want and dance like nobody’s watching.”