Shawano hockey skates through their season 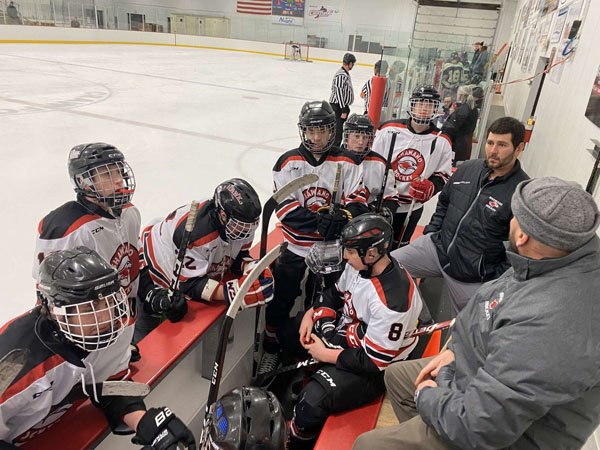 ▲
The hockey team at a game.
Grace Licausi

▲
The hockey team at a game.
Grace Licausi

This winter, the hockey team at Shawano Community High School has geared up and taken on many other teams. The athletes have been working extremely hard at practice to perfect their skills in order to do well in their conference.

As of Jan. 28, the hockey team had a record of 4-3, which is good considering the loss of several seniors last season. The hockey team has been focusing on rebuilding the team this winter.

“This year, we have thirteen players. We are short on numbers, and because of that we have been playing less games,” junior Andrew Puissant stated. “We usually play around twenty games, but this year we only got to play around twelve.”

In sports, teams go through many changes, and it can be challenging for players to find a way to get along and work together well. Although the team dynamic has shifted so much, the players and managers still made it a priority to have fun at practice this season.

“My favorite thing about hockey this season was probably sneaking Andrew’s dog in to watch practice with us. Grace [the other manager] and I always find ways to have fun and goof around while doing our jobs at practice,” said junior hockey manager Megan Hass.

Another thing that is important to any winning team is goal setting. At some point in the season, players set goals for things that they want to accomplish. They make it their mission to meet their goals and improve on their abilities.

“My biggest goal is probably to keep up with our winning record. I also think it is important for us to help develop the younger players on the team, so that they play well in future years,” expressed Puissant.

SCHS wishes the hockey team the best of luck during the rest of their season.