SCHS is alive with The Sound of Music 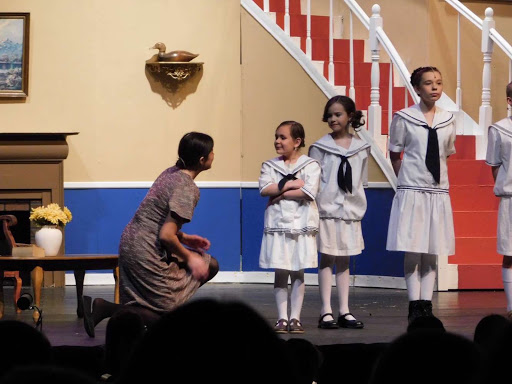 Shawano Community High school performed the musical The Sound of Music, directed by Jennifer Green, Alex Konen and Matthew Pfantz, Feb. 5-8. The crew consisted of actors, pit players (orchestra and band) and back stage members. An abundance of people came together to showcase these highschooler’s talents, and it turned out to be a huge success.

The actors began preparing in early November for The Sound of Music. They put in countless hours to pull everything together. Peyton Buerman, a senior, was the lead role, Maria Reiner. One joy she found participating in the musical was that, “I thought that it was really fun to be apart of and getting to know all of the cast and crew,” Buerman explained.

Buerman felt that all the performances went very smoothly and were well worth the efforts that were put in. “It was refreshing spending time with the younger kids because they were less stressed out and we could have non-highschool conversations,” Buerman explained.

The actors were what the audience saw, but there was a lot going on behind the scenes to make everything work efficiently.

The stage crew’s jobs include lights, sound, running crew and a stage manager. Not many people can appreciate what is happening behind the scenes, because they can’t see it.

Anna Cuenca, a junior, is the assistant stage manager. Cuenca has been involved in stage crew for three years now.

SCHS is lucky to have a live orchestra during their shows. The pit receives their music around the beginning of November, and by the end of the month they were rehearsing without the cast. They put in approximately the same amount of time as the actors.

Kendra White, a junior violinist, performed in the pit. White shared, “The most difficult thing was joining band kids and orchestra kids.” She believes this because of the different teaching styles of their conductors. White already has plans on being a part of the pit for the next musical because she loved it that much.

The pit players had to work with the actors to make sure the lyrics lined up with the song. The pit consisted of about 20 musicians, half orchestra and half band. The pit was directed by Jenna Brooks.

The show had a great turnout, with almost a full house on its last showing. Some people even came more than once because they enjoyed the show that much. SCHS is very proud of the dedication and hard work the actors, crew members and pit players put into the performance. It was a great performance with a spectacular turnout.