SCHS clubs stay in their lanes 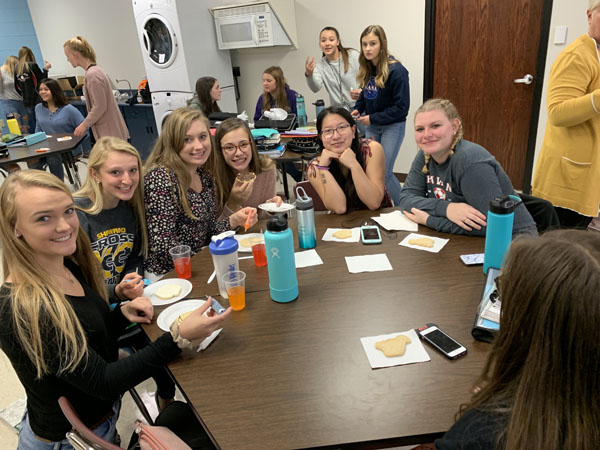 ▲
Spanish students at a fiesta.
Photo courtesy of Caprice Rush

▲
Spanish students at a fiesta.
Photo courtesy of Caprice Rush

Shawano Community High School’s own Spanish and French clubs took on a friendly competitive bowling expedition. They planned this event for Feb. 27 at Lakeshore Lanes in Shawano. The bowling event is meant to reward all of the foreign language club members for all of their club participation over the past few months. An abundance of work and people went into planning this event for over 140 members.

The executive board of each club got together at least once a week for the past two months to set up this activity.

Senior Sage Tomashek is the president of French Club. Tomashek has been involved with French Club all four years of her high school career because she loves that it brings people together that share the love for the French language and culture. “All I want from this event is that all of the club members have fun and get to know each other,” Tomashek shared.

Another member on the executive board is senior CJ Henning, the Spanish Club Vice President, who had conceived the idea to bring back club bowling. Henning explained, “Personally I think we could use more competition between the clubs and this was a fun way to do that, so I hope it made each club learn a bit about setting up these kinds of events and learn what we could do in the future.”

Henning was excited for this event because he believes in togetherness and learning new things. He admires that Spanish Club is not only entertainment, but it is also a learning environment. 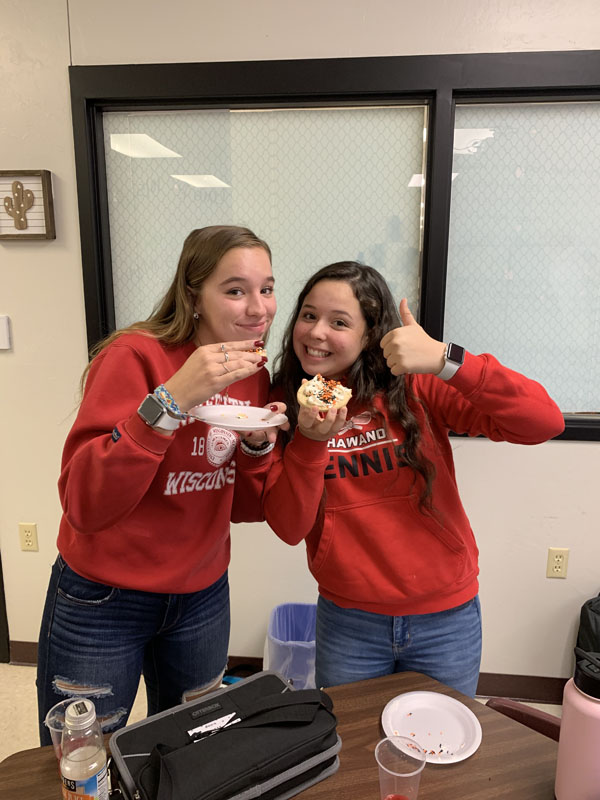 Mrs. Waleska Russ, a Spanish teacher and Spanish Club advisor, taught the club members about the Spanish culture and such during and after the activity.

This event was mostly student organized, yet there were still supervisors that had assisted in the process. Mrs. Russ has been the one locking the advisers into enhancements to ensure that the event would be prepared and thought out thoroughly to make all ends meet.

Mrs. Russ expressed that the amount of members involved in the Spanish Club this year has been tremendous. There are 119 students who are enrolled in the club and have paid dues. Approximately 80 students on average attend the events and enhancements. “Normally we only have around 60 members in the club,” Mrs. Russ explained. “Since we have so many students, we have had to find the biggest space to meet, which is great!”

Mrs. Russ has noticed all the good in the club and its progress throughout the years. On the other hand, she has also witnessed some things that need some work.

“This year has been successful, but there is always room for improvement,” Mrs. Russ stated. “I would say student involvement outside of school hours is something I would like more of in the upcoming years.”

Spanish Club is not just about parties. Mrs. Russ has also made it a goal to do community service hours within the group. The year has been full of events in Spanish Club, but the year is not yet over.

Mrs. Russ says, “Hopefully this will not be the last big event of the year, or at least that is the goal.”