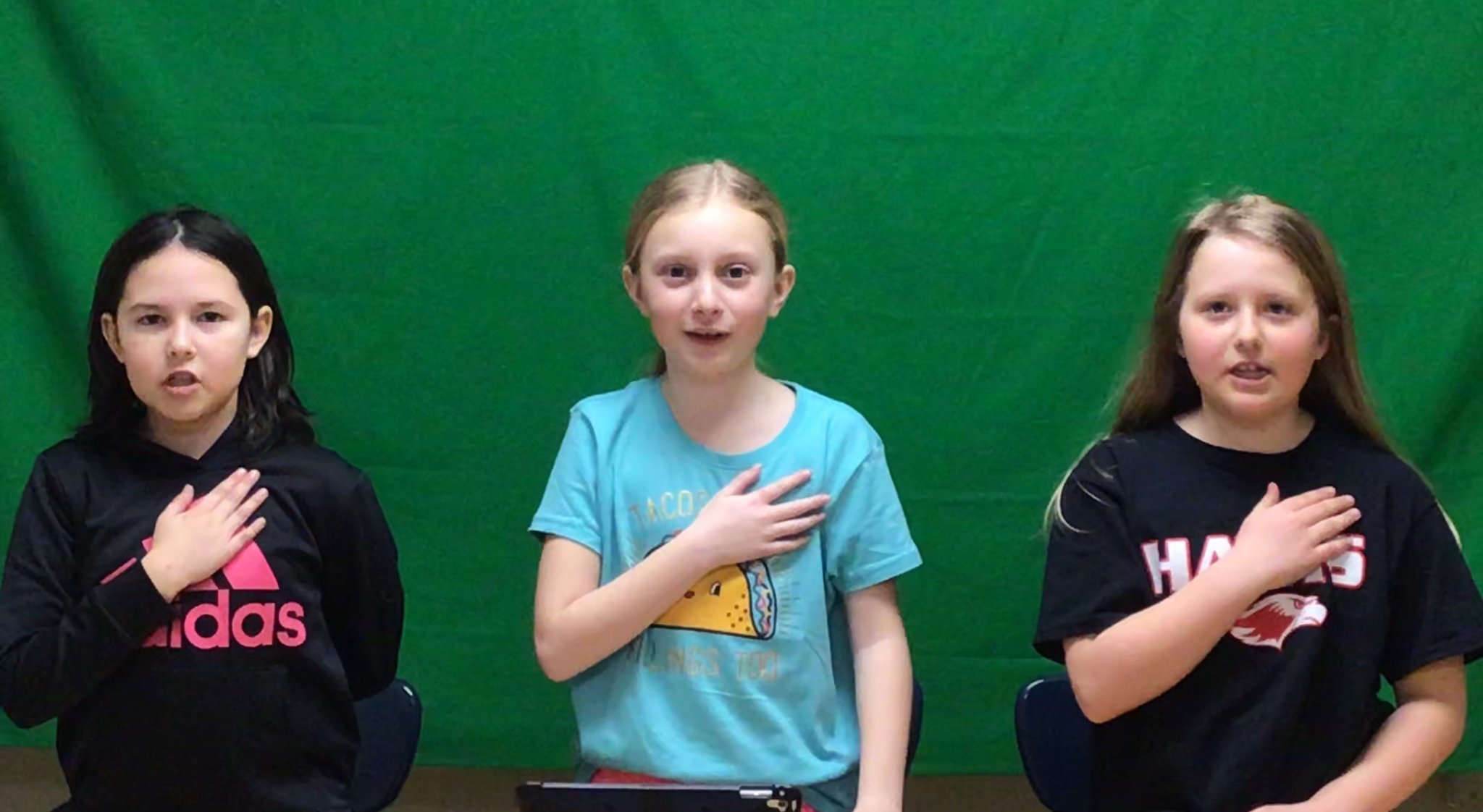 ▲
Students at Brener doing the pledge during the announcements.
Photo courtesy of Mrs. Johnson

▲
Students at Brener doing the pledge during the announcements.
Photo courtesy of Mrs. Johnson

Recently, two schools in the Shawano School District, Olga Brener and Shawano Middle School, have changed the way students are given daily information. Typically, students receive their announcements over an intercom and from their teachers. Brener’s music teacher, Mrs. Lynn Johnson, came up with the idea to video record students reading the announcements, and Mrs. Krisy Bogacz, the district media specialist,  decided to try it out too.

“Three years ago, we were doing the announcements over the PA, and I had noticed that the office was crazy busy in the morning,” Mrs. Johnson explained. “I thought it would take a little bit off of [the office] if the announcements could be done when it was convenient for all of the teachers, when the teachers are in their rooms.”

Once Mrs. Johnson had the idea to do something different, she then needed to figure out what to do differently. 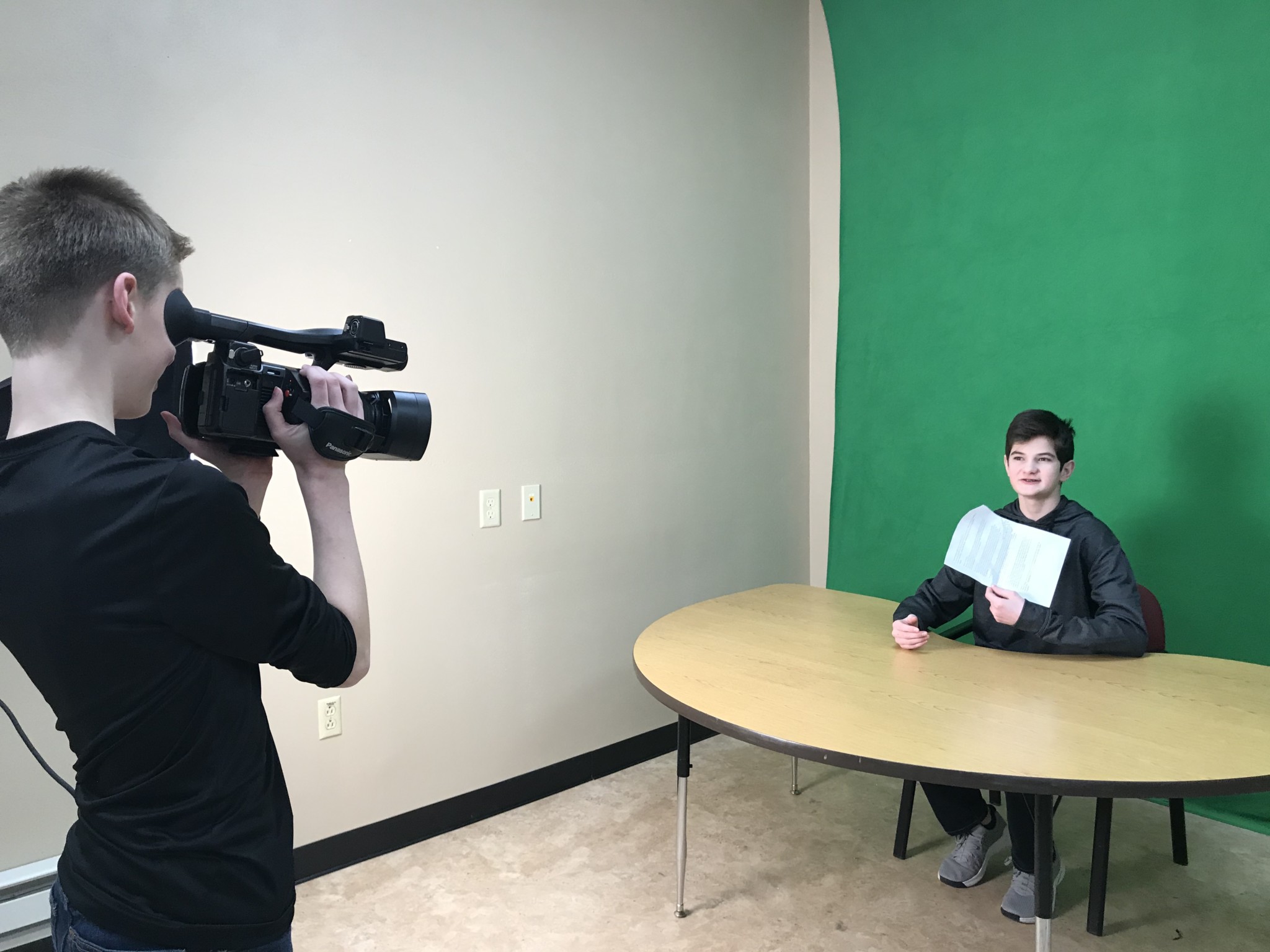 “I guess I thought of videos because in my music classes I had always done video projects,” Mrs. Johnson continued. “It seemed like fun for us to do it, and it would get the students more involved in the actual announcement, besides the pledge and then a staff member reading them. The students have to say everything now.”

The announcements are recorded daily, and the videos are then posted on Youtube and Facebook not only for the students but other members in the community. Once more videos were posted, they became successful and received stellar reviews, which is when the middle school decided to give it a try.

getting some kind of teleprompter set up, which I had overlooked previously. [Mrs. Johnson] has been advising us and helping us through the process.”

However, the middle school is filming their videos differently than Olga Brener. Instead, they chose the same three students to read their announcements weekly. 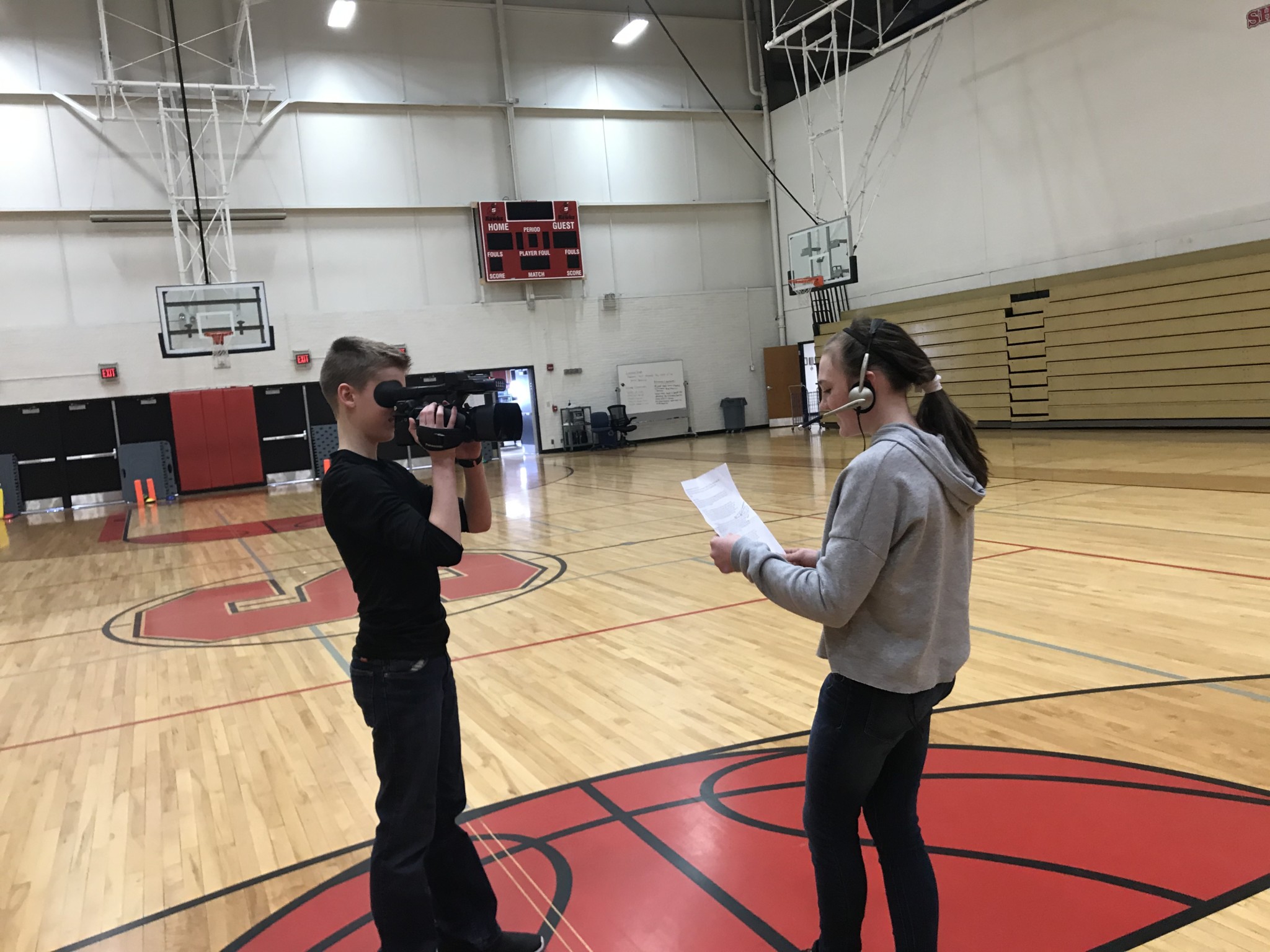 aware of them, but also getting students to share what’s happening here,” Mrs. Bogacz said. “It’s their school, and they should be excited about the things they’re doing.”

The three students that will be in every announcement for the rest of the year are eight-grader George Buerman and seventh graders Trinity Popelka and River Edwards. Each student will focus on different aspects of the announcements depending on their likes and hobbies.

Edwards’ main focus is on editing the videos. He said that “it’s nice to learn how to do stuff that I’ve never done before.”

Popelka focuses on sports, and Buerman covers the weather, lunch options and birthdays.

“I don’t want them to be bored,” Popelka added. “When you’re just reading off of the announcements in their study hall, it’s boring. I want to give them something new.”

Shawano Schools are filled with students doing amazing things. It is great to be able to see these students proud of their peers for learning, living and leading the Hawk Way.