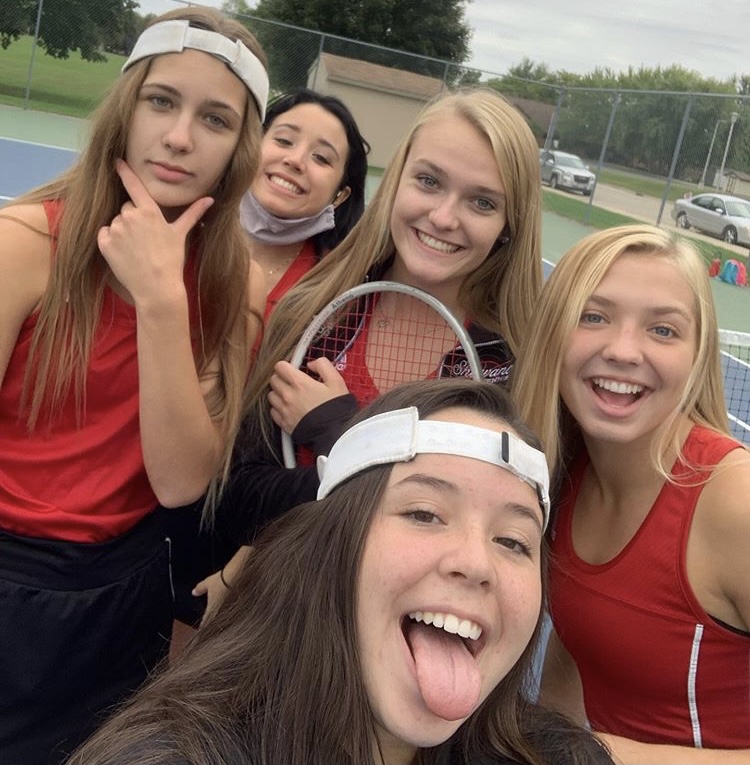 The Shawano Community High School’s girls’ tennis team has recently started its 2020 fall season. Because the season started in the middle of the COVID-19 pandemic, the team has had to make many changes to the way the program runs.

Due to WIAA restrictions, the fall season began later than usual this year. Weather conditions changing do not permit for the season to safely extend into late fall like other athletic programs, so the team has been making the most of the season that they do have.

“COVID-19 has definitely forced us to make some changes to the program,” said junior Kate Williams. “We have no tournaments, which everyone really looks forward to because we bond and everyone has a lot of fun. However, we are lucky that we play outside and are distanced enough while we play that we don’t have to wear masks.”

The loss of tournaments has been especially difficult for team members to adjust to. Competing at tournaments offered the team much-needed practice for important matches and time to connect with each other.

“The thing that makes the team love playing tennis in the summer is tournaments,” stated senior Anna Cuenca. “Varsity has 10 plus matches right away in our season and we bond over the course of our tournaments. Not only do we get to become better players for our conference matches, but we also become closer as a team when we spend so much time together playing tennis.” 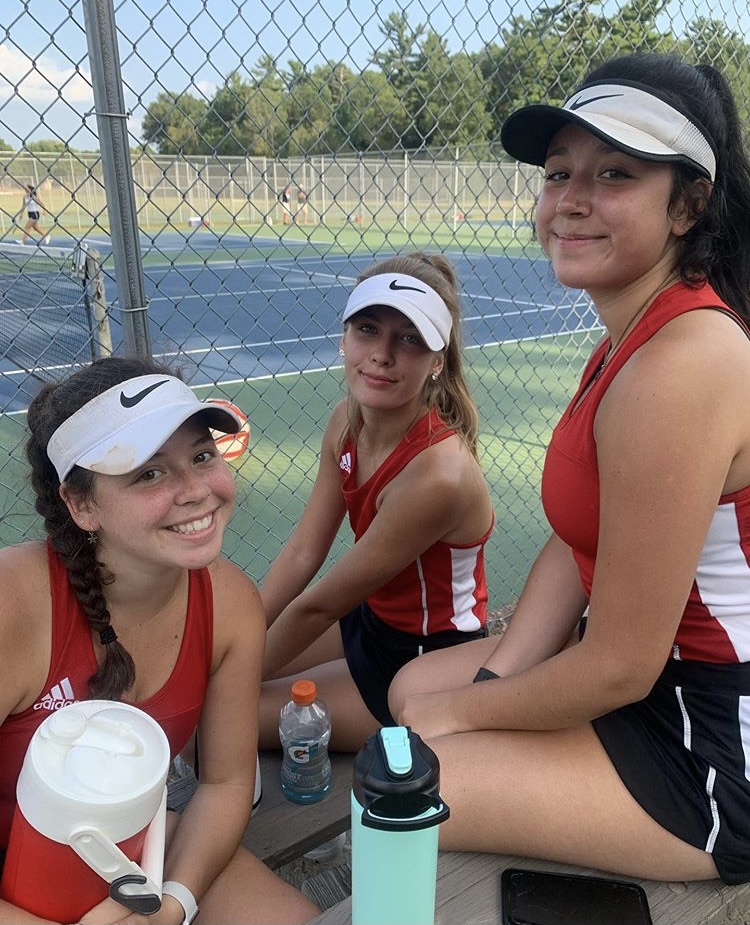 While Cuenca and Williams have been playing tennis for years, several players this year have decided to play for the first time. Unfortunately, these players are not getting the usual rookie season.

“I’m new to the team, so starting during corona is definitely weird. I’m on JV, so my season ends earlier than the varsity girls do. It ends even earlier this year, I think, because of the pandemic,” stated sophomore Emily Alvarez.

Tennis is mostly an individual sport, with the exception of doubles. Some might argue that teamwork is less important in tennis than other sports, but the girls of SCHS tennis would disagree.

“In my opinion, it’s still as important to work with your team even though it is more of an individual sport, because the more you hit, the better you get,” explained Cuenca. “When you go into tennis with a positive mindset and environment, you’re more likely to play better because it’s a mental game. We all make each other better players.”

“To prepare myself for a match, I play either a super upbeat song or a really inspiring song,” stated Williams. “I’ve really been into listening to Clair De Lune in the car on the way to the courts. It’s all a mind game, so really you just need to prepare your mind for the match.”