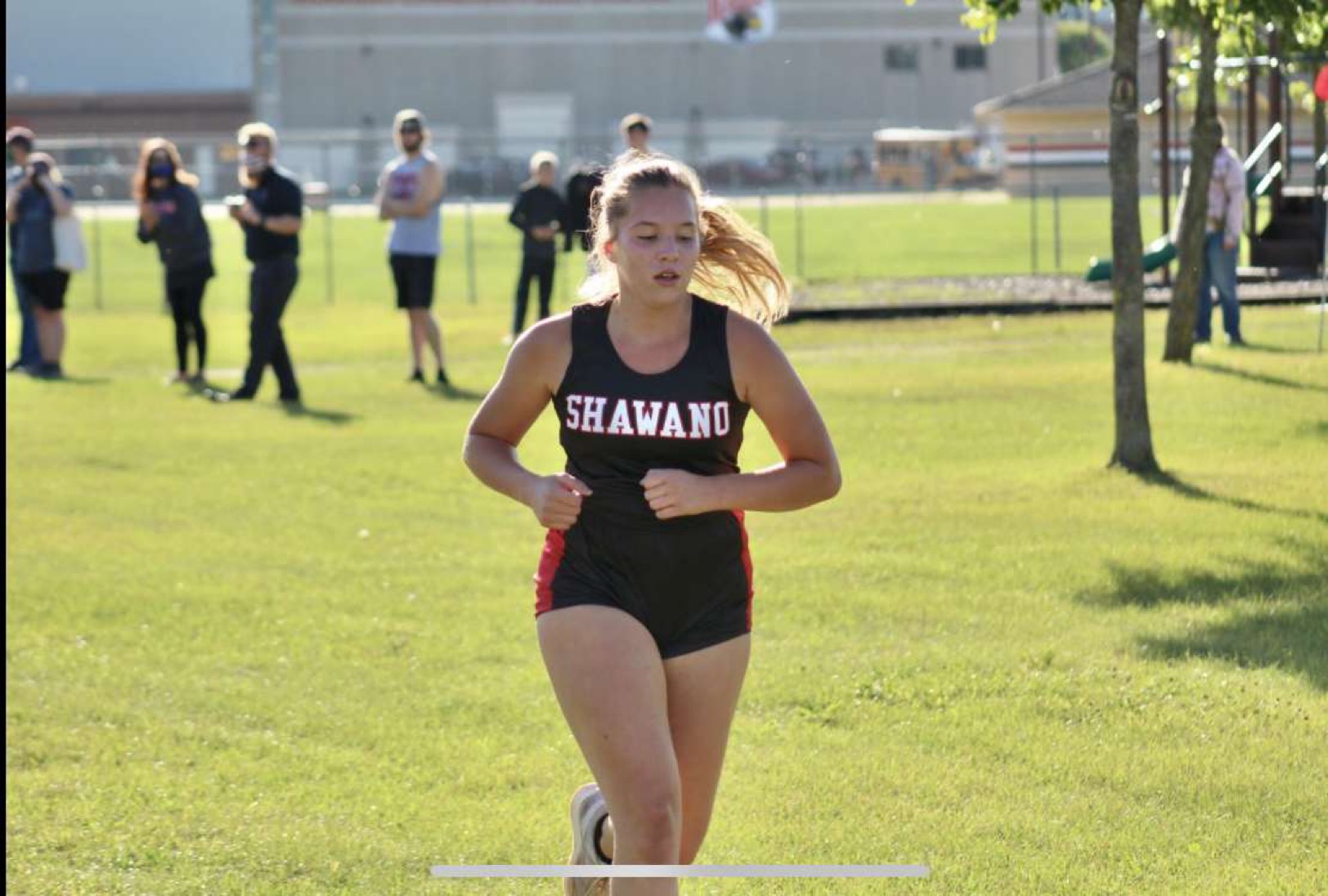 As sports seasons started up, many sports have had to make changes to adapt to the new normal of the world that we are living in. Even though they have always participated outdoors, the Shawano Community High School Cross Country team has also had to make changes. As they progress through the season, they have had to adapt to COVID-19 restrictions, while also making sure that they are running to the best of their abilities.

“Cross Country has changed a lot with COVID-19,” stated senior Graciella Onesti. “We are required to wear masks at all times except when we are running. Also, every meet we have is a dual meet.”

Dual meets are meets in which two teams participate against each other, as opposed to meets at which there would be upwards of seven teams competing at once. Usually, SCHS competes at invitational meets.

“Personally, I do not like dual meets because there are fewer people running and bigger gaps between runners,” explained Onesti.

Despite the current circumstances, both the boys and girls teams have been consistently placing high at meets. Each meet many runners have been seeing improvements from their previous meet.

“The team has been doing very well this year,” explained senior Ethan Chelberg. “The boys’ team has won a majority of its meets by a landslide. We have six young runners who go at it every single day, so it will make for an interesting team in the future.”

Despite being an individual sport, the score that the team receives toward placement depends on the top five runners from the team. That being said, many team members agree that teamwork is an essential part of having a strong team. For some, teammates become family for the season. In some cases, a runner’s teammates are literally family.

“I’ve had lots of good memories from Cross Country over the years. If I had to pick a highlight, it would be getting to run with my three brothers who are freshman this year,” stated Chelberg. “We have lots of fun, and this year will be the only time that I’ll ever be on a team with them.”

Cross Country is widely considered one of the most difficult sports to participate in. It is important for runners to make sure that they are mentally prepared to compete at each meet.

“On the bus, we do not talk to one another. Instead, I think about what we need to accomplish and how I will help do it,” stated Onesti. “On a scale of one to ten in difficulty, Cross Country is definitely a ten in my opinion. The workouts are super intensive, and it is difficult for me to keep a positive mindset.” 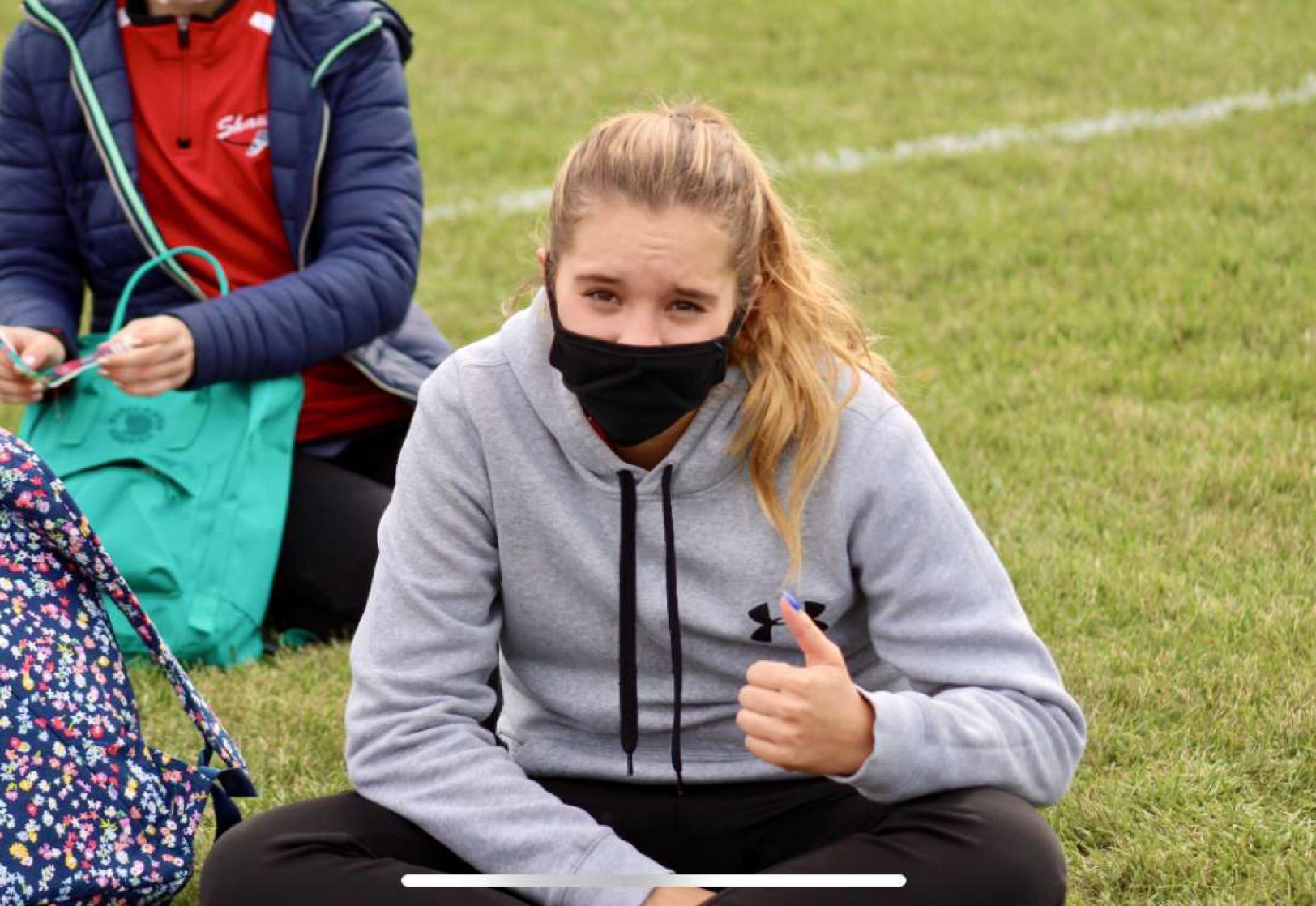 Onesti giving the camera a thumbs up. Photo courtesy of Trina Mente

With the next generation of SCHS Cross Country looking strong, the class of 2021 are lacing up their running shoes for their final high school meets. Some may run in college, but others are currently in their final season as a Cross Country athlete.

“I don’t plan to run in college. I don’t think that I’m at the level to compete with other collegiate runners,” stated senior Joe Mente.

With conference coming up, SCHS is looking to fill their roster with the very best runners that they have. Runners from every grade level will compete in a varsity spot.

“The boys and girls are both looking to win Conference,” explained Mente. “We have quite a few freshman and sophomores filling the spots, so the future is bright.”